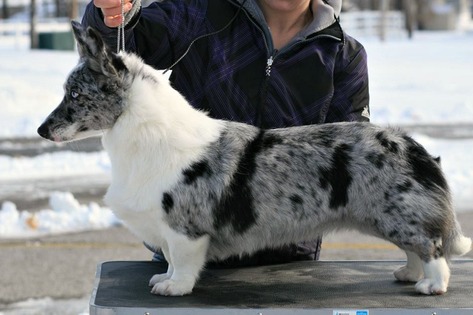 Elsa, 11 mos.
Elsa is from the Wyntr "E" litter and was living at Mackinac Cardigans until she was returned to Wyntr in January 2018 along with her sire Dash, and uncle Dewey
They were in terrible condition, extremely underweight, and filthy.  After several months recovering, Elsa has become a permanent resident here at Wyntr after her new home with her sire Dash did not work out.
Because of this incident and other unfortunate reports, Wyntr will no longer associate with, or recommend Mackinac to anyone seeking a Cardigan. 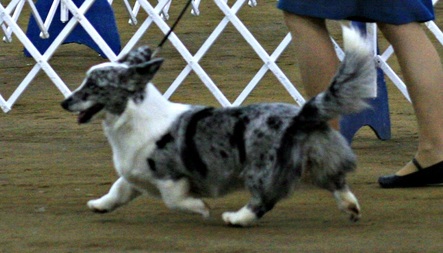 Elsa on the move at one of her first shows.
Elsa has grown up into a lovely adult, with loads of personality.  She was shown a few times by her former owner, but never titled, and Mackinac used her for breeding before returning her. 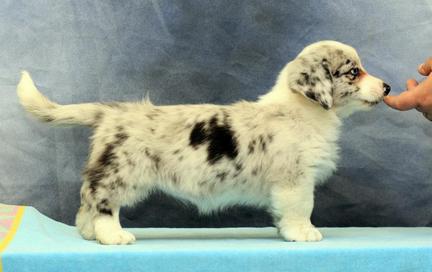