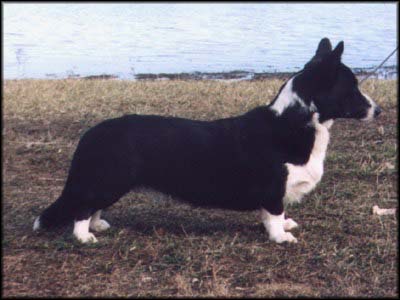 QT at 3 years, has been described as lovely and typey.
QT was originally from the Bolt x Daisy litter and is a littermate to Quick. She was kept by her dam's owner as a show and breeding prospect and was shown by her sire's owner at the 2001 CWCCA nat'ls where she was awarded Best Opposite Sex in the Puppy Sweeps.  She was also shown by her owner a few more times at regular shows where she won both her majors, but her title was never completed.  She produced two litters for her breeder, sired by Wyntr's Blast. 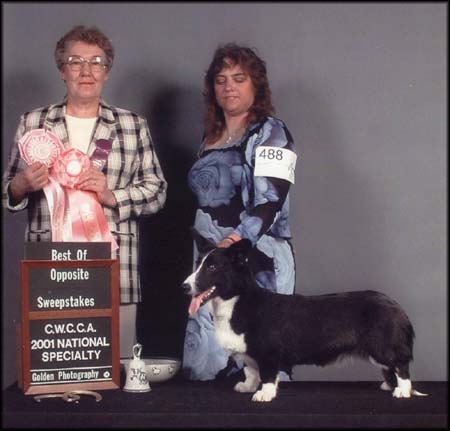 QT at the 2001 National Specialty, handled by Kathleen Carlson (was Carter) with judge Norma Chandler.
More recently QT's owner experienced some hardships and in early 2012 chose to relinquish ownership of QT along with her daughter Tiera to make Wyntr their forever home. 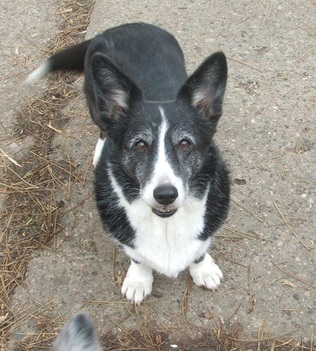 She was lovely on both the inside and outside and a joy to have as part of the Wyntr family.

Until we meet again dear girl.