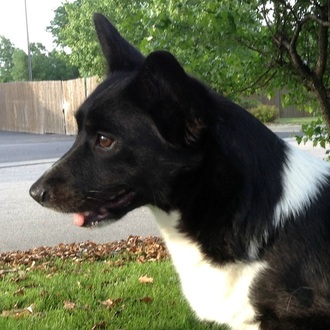 Ember, head study, age 2.
Ember is one of the younger members of the Wyntr household from the Dash x Tiera "E" litter.  She was originally intended for a show home, but due to her less desirable markings and smaller size, traits which are frequently undervalued in the current show ring, she was retained to give her time to mature.  She is a total sweetheart, full of energy like her name and a quick study. 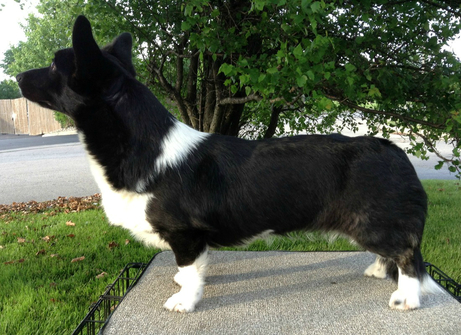 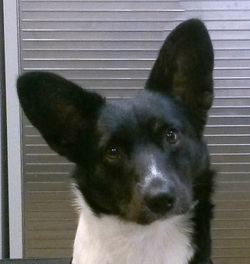 Ember, 18 mos.
Ember has the same lovely blue-black, straight, dense, nicely textured coat with black undercoat seen in many of her relatives, which is best for producing beautiful clear blue merles. She also has her grandmother QT's wonderful shoulder and lovely sidegat, along with the good stifle angulation passed down from her great-grandsire Bolt and nice bone from her sire's line-breeding on Dreamer.


Although she does not have the more desirable flashy face markings, the limited white on her face is considered important to decrease the risk for mismarks, (partial or fully white face), which has become increasingly more common in the breed and can be a serious fault in the show ring. 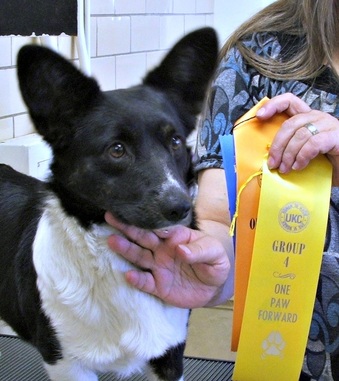 Ember, age 2 with her Herding Group 4 ribbons from the One Paws Forward UKC show held in Jackson, MI.
Ember has been to some conformation fun matches to see how she likes going to shows and although she loved it, judges seemed unsure about her, so we have been giving her some time to grow up a little.
She was recently entered in a UKC show, mostly for fun to support our friends taking their puppies out for their first show and we were thrilled when she was awarded a Herding Group 4.  We may have her out again for a little more conformation showing in the future to see if we can complete her UKC CH title. 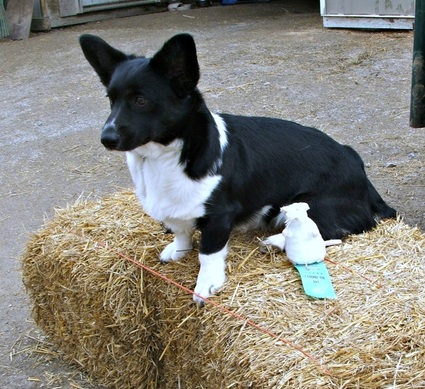 Ember with one of her two Barn Hunt High In Trial Novice awards from the Fun Test, April 2014.
Ember has also been having a great time learning to Barn Hunt.  She has now completed her Instinct (RATI), Novice (RATN), Open (RATO), Senior (RATS), and Master (RATM) titles, and has been having fun in the new Crazy 8s class, earning points toward her Bronze (CZ8B) level title.

Photos from our Barn Hunt adventures are now posted in the photos folders on Wyntr's Facebook page with links below to see indiviual events. These links should also work for non-Facebook usuers.
Photos from the Fun Test at Zodiac Ranch in Milford, MI.
Photos from Day 2 of the Barn Hunt Fun Test where Ember won two High In Trial Novice awards.
Photos from the Macomb KC Dogshow and Barn Hunt where Ember gained her Instinct title and first test toward Novice title where she also won a first place in her height division.
Photos from Day 1 and Day 2 of the Barn Hunt Trials in Monroe, MI, SEP 2014, where Ember qualified on the 2nd day with a 1st place in her height division.
Photos from Day 2 of the Barn Hunt Trials in Leslie, MI. where Ember completed her Novice title and passed two of her tests towards her Open title, including a 1st place and HIT in Novice, and
4th place in Open on Day 1, then a 1st place in Open on day 2.
During the Marshall shows in July, Ember completed her Open title with a 2nd place in her class and also passed her first test toward her Senior title with a 1st place!
She has gone on to become the second Cardigan to hold a Senior title with two more 1st place wins, including a High In Trial to complete her title in style at the Get Active K-9 Barn Hunt Trial in Davisburg, Michigan. 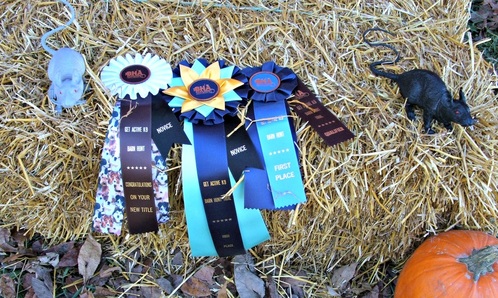 Some of Ember's ribbons after completing her Novice title and earning a High In Trial Novice award. She also earned two legs towards her Open title with Fourth and First placements. 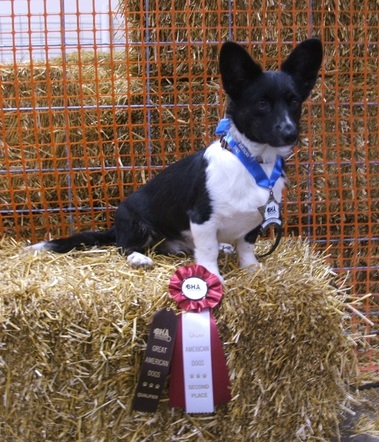 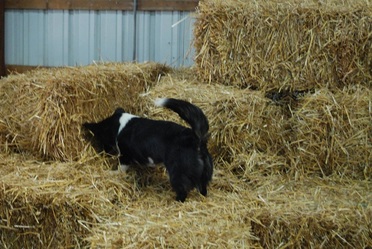 Ember finding a rat tube during one of her Senior title runs at the Marshall, MI trial. Photo by Karli Mueller. 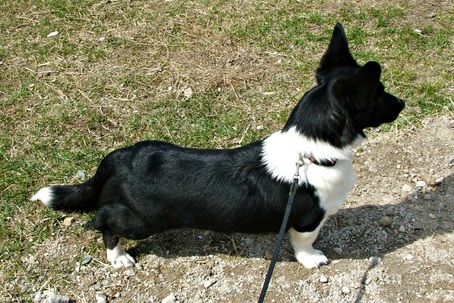 Ember, 13 mos. When she saw her first sheep.
Ember is now a permanent member of the Wyntr household, is the mother of our "H" litter.. 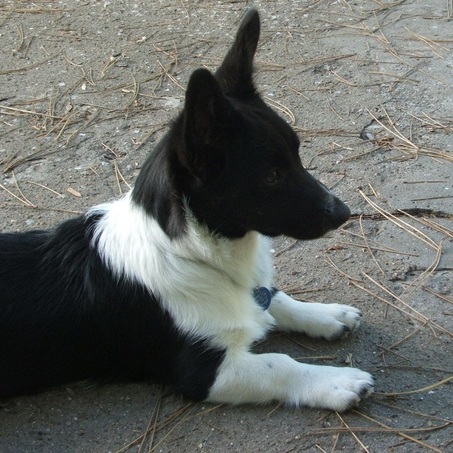 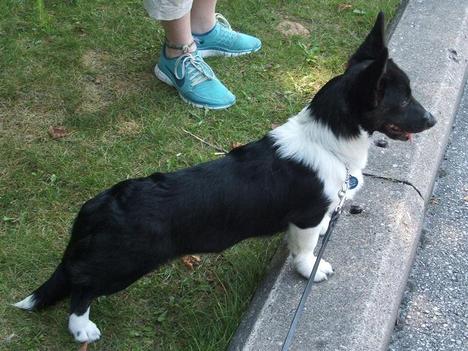 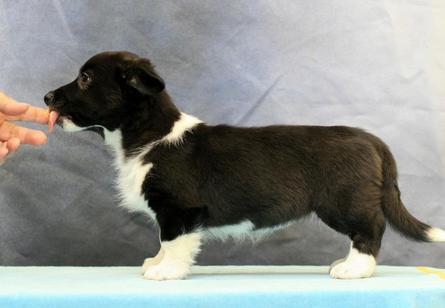