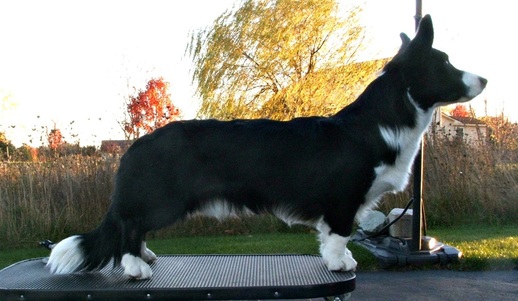 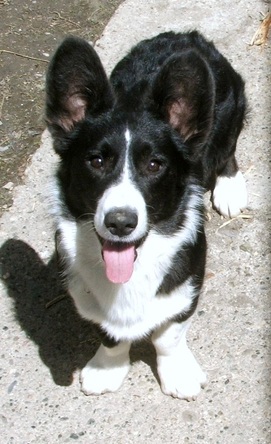 Fletcher, front, age 1.
Fletcher is from the Wyntr "F" litter and currently one of the youngest members of the Wynter crew.  He was originally intended to go to a pet or hobby show/performance home, but for various reasons none of the right homes came along, so he is now a permanent family member at Wyntr.  It has turned out to be a wonderful decision, 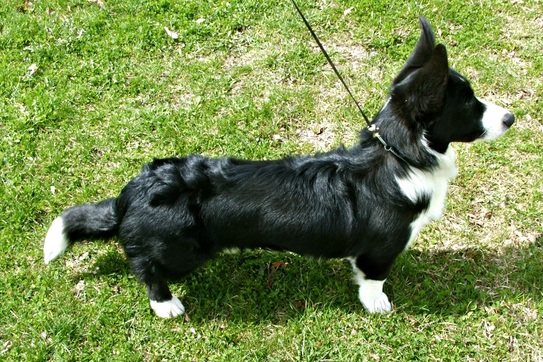 Fletcher, 11 mos.
Fletcher has many of the great qualities we hoped to get from this breeding including lovely proportions, angulation, correct tailset, level backline and an awesome attitude.  He also has a lot of  energy combined with a willing desire to work as a partner and was a star in his beginner obedience class (only outshone by his sister, Libby). 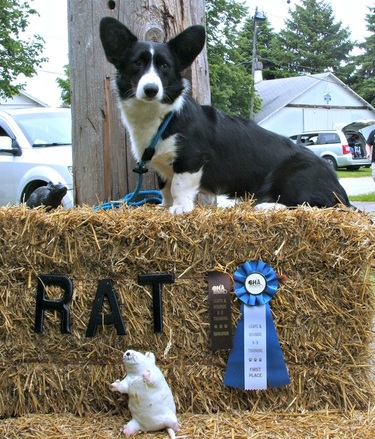 Fletcher with his Novice Qualifying and 1st place ribbons.
Fletcher attended his first Barn Hunt event at the Kalamazoo shows over the 2015 Memorial weekend were he completed his instinct test title and one leg toward his Novice title with a first place in his height division.
He completed his Novice title at the trials during the UKC Premier, June 2015 and then achieved three consecutive 1st placement wins in his height division including a High In Trial for his Open title at the Get Active K-9 Barn Hunt Trials in Davisburg, Michigan.  He loves this game! 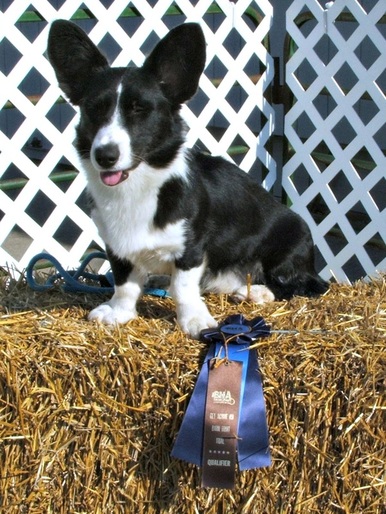 Fletcher with his first of 3 qualifying and 1st place Open level ribbons
It took a few more tries to complete his Senior title, and then his Master title.  Most recently he achieved a Barn Hunt Champion title, becoming the second Cardigan to earn a Master, and the first to reach the Championship level.  Fletcher really loves playing this game, and is blazing fast.  All of his Q's for his Master through his RATCHX titles where awarded a 1st place in his height division. He even won a few High In Class ribbons, which was great, but enjoying this sport has been the best part. He has now achieved a Platinum 3 level title in a new Barn Hunt class called Crazy 8s (CZ8s).  With the introduction of the "B" level classes, where they combine all height divisions for awards, Fletcher has now reached RATCHX4 even with some High in Class wins, and was the highest titled Cardigan in Barn Hunt, only surpassed more recently as other Cardigan owners have come to enjoy this sport.
We will continue to have fun competing in Barn Hunt for as long as Fletcher enjoys himself.
He has also enjoyed Lure Coursing, and now has his CA title.
More recently at the 2019 CWCCA National Specialty, he passed his Herding Instinct evaluation. 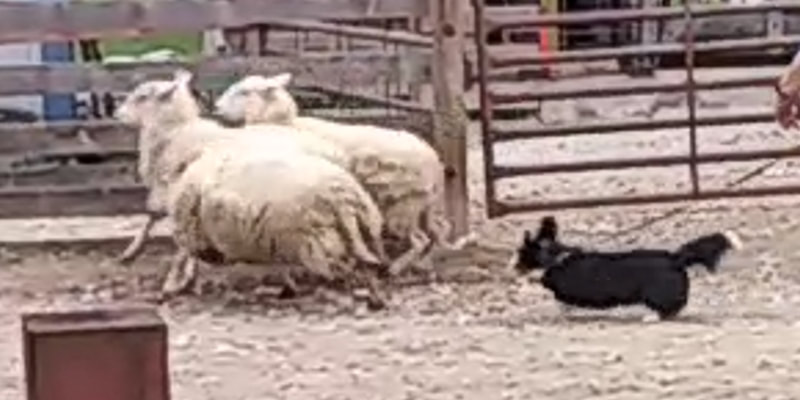 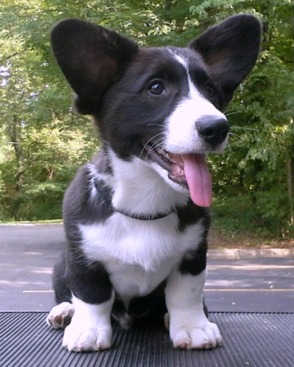 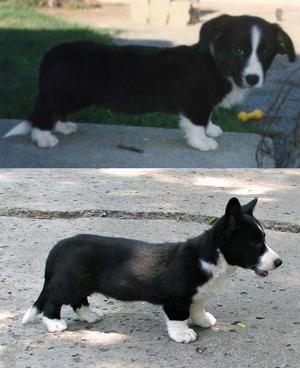 Top, Fletcher's gr-gr Grandsire Bolt, 9 weeks. Bottom, Fletcher 11 weeks.
Fletcher bears a very striking resemblance to his great-great grandsire Bolt, who is Wyntr's foundation sire and his pedigree not only goes back to Bolt, but also two of Bolt's full sisters (Shade and Orchid), so this is a line-breeding on their parents, Stormy (AM CH Tafrnwr Coedwig Blackstorm ROMg) & Lilac (AM CH Coedwig's Lilac ROMb). 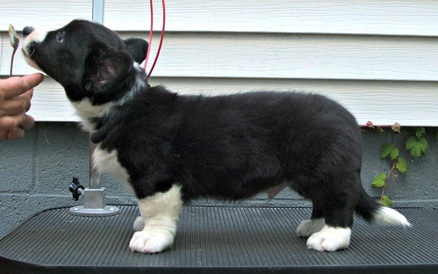