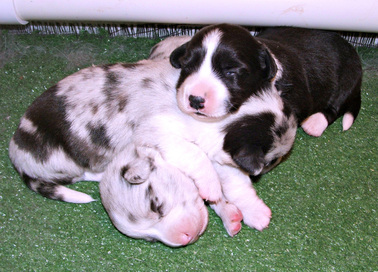 Growing fast!  Eyes opened at 13 days old and they are starting to get up on their feet to toddle instead of baby crawl.  Ears were open at 17 days old and they began playing and exploring at 19 days old.  They also had their first taste of 'solid' food (warmed yogurt) at 19 days.
For their two week old photos, they had just eaten, so were rather sleepy.  Only the merle girl, Firecracker, was awake enough to stand up for her photos. 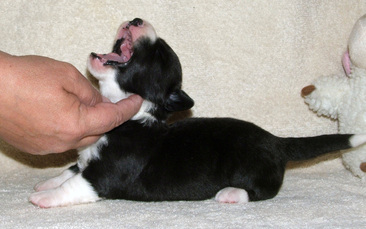